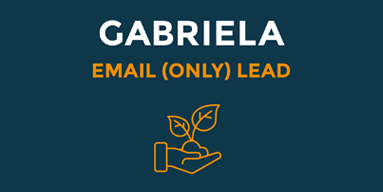 Christie Digital is a global visual, audio, and collaboration solutions company offering full projection systems for business, entertainment, and industry. When I worked there, Christie was able to boast control of somewhere near 65% of the video screens in Times Square, New York City, 97%+ of the projection systems & screens in US movie theaters, and control of the stunning projection mapping, display, and graphics solutions at concerts and venues all over the world.

One example is our very own University of Phoenix Stadium (home to the NFL’s Arizona Cardinals) which includes their implementation of ten Spyder units (video processors): five Spyder X20s and five Spyder X80s.

As a video processor and matrix switcher, The Christie Spyder was known for being the undisputed champion in the industry for more than a decade prior, with few (if any) competitors to even mention. Through several incarnations (200, 300, and X20 Series), The Spyder was a unit that had a 20 megapixel bandwidth and a dizzying amount of granular control and capability. Also, a device with an impossibly steep learning curve and whose software was deemed so difficult to use, you had to be a trained (and retrained) expert to harness any of its power.

When you got right down to it, the learning curve for the software was as beastly as the unit itself. Event Designers would spend years learning the intricacies of the unit and the scripting controls before they got a handle for (even the basics of) the programming of a show.

When news of the product’s rebirth came down the pipeline, our team was wildly excited. Spyder was the lifeblood of our division and a flagship product for the company. Having already captured the market for the last decade, Christie was looking to secure the industry for the foreseeable decade as well. To do so, they sought to rebuild the product, ground-up.

Featuring processing and connectivity capabilities that were to surpass anything else in the market, the Spyder X80 was designed to be the most powerful multi-screen windowing processor and content management solution available. It would replace its predecessor, The [Spyder] X20, and even make that unit pale in comparison (more than quadrupling its capabilities) with delivery of 80 megapixel, true 4K@60Hz performance across multiple displays. The biggest, baddest Spyder to date.

I worked with our mechanical and electrical engineers and an industrial designer on portions of the hardware design, with our firmware and software engineers on the implementation of the device interface and controls (an OLED keypad), and with our UX Team for development of the new controller software. All of these elements would need a total overhaul.

We would finally get a shot at making the software manageable for the consumer.

Right out of the gate, I met with several brand advocates who expressed their supreme dislike of the idea of our making the software easier to use! I was shocked by this. They proceeded to explain how they had spent years and years training to learn the quirks and shortcuts of the software (Vista Advanced) and had created work-arounds and committed key combinations and codes to memory in order to streamline the process. They feared (if we were to make the learning curve less steep), we would make it easier for new users to get up to speed quickly and to step into their shoes more easily…(they felt) we would actually jeopardize their jobs.

We knew we had to belay these fears and press on, working to get these loyalists on board. One stepping stone on this path was to remind our power users what they themselves explained to us. Vista Advanced was so involved, so difficult, it was hard for them to pick the software back up, even after only a couple months off. Furthermore, a return to the software was nearly insurmountable if a user stepped away for a year or more. A returning user would essentially need all new training.

With this harsh reminder (and by showing a few of our early user flows), they eventually agreed a redesign was the right direction and helped us to get there. We leveraged their insights and their behaviors to develop a new paradigm of programming their events, complete with a new mental model for scripting the sources screen flow.

As the Principal Designer in support of the Phoenix engineering office, Christie’s image processor division, I worked on the X80 from 2015-2016 and have kept this project under wraps since that time. Now that the product has long been released to the public, Christie has taken many winding tributaries to – and since – launch, and I have received approval from their Engineering Dept, I would like to present one artifact from the monolithic effort involved in bringing that goliath tarantula to market. The slider above showcases a high fidelity User Flow document (more a Task Flow) I created for the Engineering and Product Teams for the redesign of the Programming window and Scripting functionality.

Maybe one day, I will get an opportunity to discuss a bit more of the effort involved, including the development of the device chassis, display, and OLED controls. Hopefully, I’ll have to table that effort (at least for awhile), in lieu of a grand new career adventure…